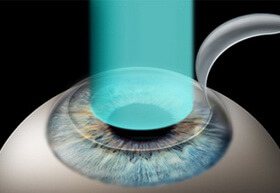 Eximer Ophthalmology Clinic in Kyiv, Odesa and the whole Ukraine have been successfully using the most effective, reliable, progressive, and safe method of correcting myopia, hyperopia, and astigmatism for over 21 years.

The procedures are performed using a state-of-the-art Amaris laser system, which is an intelligent thermal control system. The pulses are distributed individually and the thermal load on the cornea is minimized. During the surgery, the cornea is actually not exposed to heat. Thus, the recovery is quick without making the patient face any difficulties or inconveniences in everyday life. 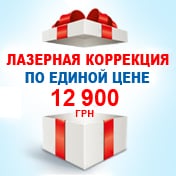 Laser correction of myopia, hyperopia, and astigmatism allows you to see the world with your very own eyes. Glasses and contact lenses solve the problem of poor eyesight just for a while: as soon as you take them off, the outlines lose their sharpness, colors fade, objects get blurred…

Laser correction gives you more than just good eyesight. It also means freedom from glasses and contact lenses. That is a brand-new life!

In the absence of contraindications, laser vision correction can eliminate myopia (up to -15.0 D), hyperopia (up to +6.0 D), and astigmatism of any degree.
Eximer Ophthalmology Clinic offers patients the most advanced methods of laser correction.

Briefly about the history of the method

Ophthalmologists have been thinking about solving the problem radically and enabling people to see well without any devices for a long time. In the 1980s, radial keratotomy (Fedorov’s method) became widespread – the application of special notches to the cornea. They grew together, due to which the cornea changed its shape and refractive power, and vision improved. At one time, this method was a revolution, but it turned out to have more minuses than pluses. Now he is gone. The next step was laser correction. The idea remained the same – to influence the cornea – the natural lens of the eye, in order to change its refractive power. That’s just not with a scalpel, but with a laser. The history of the excimer laser, which is actively used in modern ophthalmology, begins in 1976. Then the attention of medical scientists was attracted by the developments of IBM: its specialists used a laser beam to engrave the surface of computer chips. This procedure required truly jewelry precision and seriously interested doctors. They found that the safety of using a laser beam and the possibility of its control over the depth and diameter of the affected area is of particular importance in such a delicate area as refractive surgery. For the first time laser correction was applied in 1985.

Methods and techniques of laser correction

SCHWIND AMARIS is a cutting-edge laser making the procedure of vision correction as safe and predictable as possible while rehabilitation becomes easier. And it’s all possible with our unique 5D technology!

Find out more about this technology on the next page. 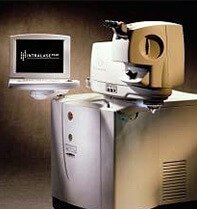 The eye surgeon can achieve any shape of a splitting plane with the highest precision by placing many microbubbles in the neighborhood (desired configuration) using a computer program. The femtosecond laser employs ultra-short pulses of light that last only one billionth of a second. 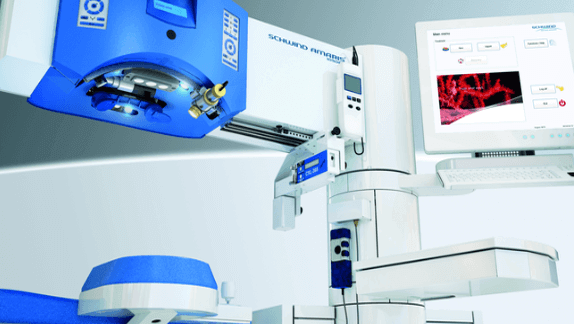 Amaris is a laser system with a high-speed eye tracking system during the correction, including on an aspherical surface. This is achieved through a unique 5D technology, which is fixed on five axes. The laser beam affects the cornea with maximum precision.

External factors do not affect the result. Each patient’s eye is characterized by peculiarities that must be taken into account when correcting vision. The new excimer laser adopts state-of-the-art software. It is used to select a solution that provides an excellent result regardless of the case complexity.

Amaris allows performing correction in a few seconds. Most of the patients can see up to 100% and often more than 100% after the procedure. Laser eye surgery does not affect your daily life rhythm: you don’t have to go on vacation or go to the hospital. Several days after the correction you can enjoy a normal pace of life, working on the computer, reading, writing, watching TV. 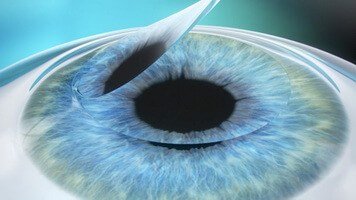 The LASIK method (LASIK — Laser-Assisted in Situ Keratomileusis) is the most common method of excimer laser-assisted vision correction. It is a safe, painless, and highly predictable procedure that allows you to regain good vision with the shortest recovery time.

Laser vision correction consists of changing the cornea refracting power by giving it a new shape through laser treatment so that light beams can be focused precisely on the retina. Vision correction with this method is performed with an excimer laser that affects inner cornea layers. This is intended to preserve the upper epithelial layer, which serves as a natural protective lens of the eye after the correction is done. This method excludes post-surgical pain, the risk of corneal opacity and image distortion, and minimizes the recovery period. 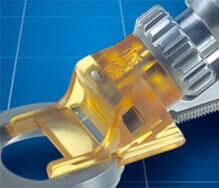 Eximer Ophthalmology Clinic adopts the Thin Flap technology with an ultra-precise Moria Evolution 3 microkeratome. The equipment can be flexibly adjusted to the individual features of a patient’s eye, resulting in more precise and reliable results.

Benefits of Thin Flap Laser Correction: ultra-thin flap formation ensures the most attenuated impact on the corneal tissue; this technology makes it possible to use the LASIK technique even in patients who were previously denied correction (for example, in patients with the thin cornea); the flap is formed individually according to the slice and diameter, based on the parameters of the eye of the particular patient; ultra-thin flap formation allows to achieve the best visual characteristics and fast recovery period.

Laser vision correction in Odesa and Kyiv is carried out within 10-15 minutes, while the laser exposure itself does not exceed 30-40 seconds. Local eye drop anesthesia excludes any painful feelings. Excellent result of laser eye correction is attained with minimum risk of complications and with the shortest recovery period. Laser vision correction is performed without hospitalization, just in one single day.

Our center in Kyiv

Our center in Odesa

How does a laser fix your vision?

The basic principle of refractive disorder correction (myopia, hyperopia, astigmatism) with laser is as follows: the cornea is reshaped so that light beams are focused strictly on the retina to clear the vision. The excimer laser affects the upper or middle layers of the cornea, depending on the technique. When the laser affects the middle layers, the epithelium (the upper protective layer of the cornea) is not affected. A corneal flap is formed during the correction to provide access to the middle layers and after the laser treatment is done, it is put back and firmly fixed by its collagen substance.

Since 1985, when laser vision correction was performed for the first time, technology has been constantly improving and new methods have been created to offer better possibilities for solving vision disorders.

When the laser correction is done

The patient sees well right after the laser correction and the vision is normalized in a week.

After this procedure, you can enjoy your usual lifestyle, as there are no restrictions on physical and visual activity. The only exception is visiting the swimming pool, baths, saunas, going for a swim in water bodies, using decorative cosmetics, which are recommended to avoid for a few days after the correction.

The perfect age for laser correction is between 18 and 45. Before the age of 18, the body is still developing, and as the eyeball grows, the vision may change. After the age of 45, laser correction is possible as well, but you should keep in mind that it won’t prevent the occurrence of age-related hyperopia (presbyopia). Anyway, a doctor shall make a final decision on the possibility of laser correction based on individual diagnostic indications.

Laser vision correction has no negative impact on the upcoming pregnancy or the way of delivery. The only restrictions for laser vision correction are the periods of pregnancy and lactation. It is explained by changes concerning hormonal background in a woman’s body that can result in alterations to the vision system. The result of laser correction performed during this period can be unstable.

Your doctor shall decide on the possibility of laser vision correction. If correction is not possible, Eximer Ophthalmology Clinic offers other methods of vision correction, such as phakic lens implantation or refractive eye lens replacement.

Women before their first pregnancy should not undergo laser correction

This is the most common misconception about laser correction. This prejudice is probably related to the fact that many people still do not distinguish between excimer laser correction and the surgical incision method of keratotomy, which indeed can impose such limitations. Typically, during pregnancy and childbirth, difficulties arise in women with retinal problems. Laser correction affects the cornea and not the retina. Therefore, laser correction has no effect on delivery and pregnancy.

Your vision will still get worse after laser correction
The laser correction result will not change with time. This fact has been proven over time. After all, vision correction underwent multi-phase clinical trials before being used in ophthalmology clinics around the world. Myopia progression does not depend on whether you had laser correction or not. Nevertheless, no dramatic visual impairment has been documented since 1985 when laser correction was first used. Therefore, laser correction is a proven method for the surgical treatment of myopia.

Laser correction is not allowed for children, which means it is not safe
Correction before the age of 18 is not recommended because at this age the vision may change as the whole body, including the eyeball, keeps growing. Laser correction has passed through several stages of clinical trials before being used in ophthalmology centers and clinics. Long-term observations have shown that excimer laser does not cause any disorder because it affects only one of the refractive media – the cornea, and the impact is strictly limited.

No sports after laser vision correction
Excimer laser correction is the only way to restore eyesight when extreme loads are experienced by such people as astronauts, test pilots, alpinists, stuntmen. There are no limitations and restrictions for physical training and sports after laser vision correction. No wonder, many National Hockey League players, tennis players, biathletes, racing drivers, and astronauts have gained good eyesight with laser correction.

Plenty of restrictions after the surgery

The rehabilitation period after laser vision correction is minimal. Minor discomfort after the correction disappears in 30-40 minutes, and the final recovery of visual functions takes several days. Immediate restrictions are quite slight and mostly relate to hygienic procedures (swimming pool, sauna, cosmetics use). Further on, there are no restrictions, including physical exercises.